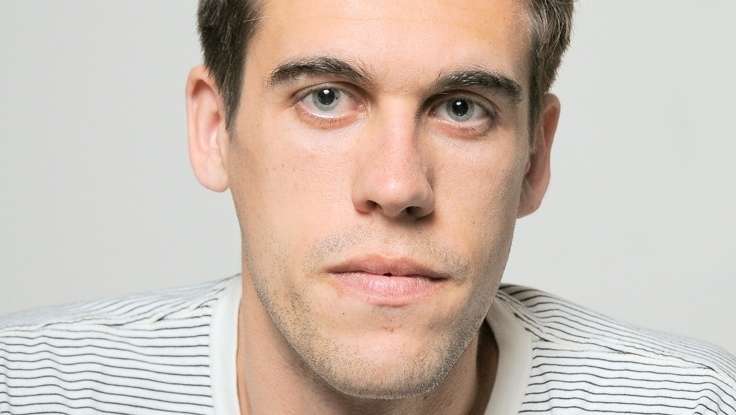 Most of us will agree that the information we learn in our classes is just a tiny portion of the value we get from coming to McGill. I happen to be studying finance, but there’s no denying that if I wanted to, I could learn all the finance theory I needed online. As employers always say, “we hire character, we can train skill.” The Bull & Bear caught up with Ryan Holiday who makes a compelling argument that for some people there are better opportunities beyond the college campus. Ryan is a Wall Street Journal best-seller, director of marketing at American Apparel, media strategist for author Robert Greene and Tim Ferriss – oh, and he dropped out of college.

When Ryan was in college, he was faced with an incredibly tough decision. Leave college to pursue once-in-a-lifetime opportunities, or stay in school and never know where those opportunities would have led. In hindsight, it seems like he made the right decision. We asked Ryan how he knew he wouldn’t end up a bum:

“You have no idea! That’s why it’s a risk and that’s why it’s so terrifying. I remember being scared out of my mind all the time. It’s actually part of the reason I’ve tried to write a lot about it since, because it doesn’t need to be so terrifying and I wouldn’t want another kid to have to feel that if they didn’t need to. What you have to remember is that you can always go back to school, that your life is something that can go in a lot of directions but you always have the ability to turn it or change it if you feel like it isn’t working like you hoped. Doing something like taking a break from college has massive upsides–who knows what you might learn, experience or encounter–and the downside is…you can usually go back.”

In Ryan’s case, it made sense to leave school , but for most people college is the place that will provide the most value for them. Consider McGill as an example: its atmosphere promotes deep thought and exploration, its people allow students to build a professional network, its career services help students get jobs, and its professors get students thinking about ideas they may not otherwise come across. These are the reasons I enjoy coming to school everyday, not for the content on the lecture slides. However, the reality is that all of the aspects I value about higher education can be found elsewhere. Ryan was able to extract all of the value college would have offered him through his own professional experiences. He found different ways to build his career, different ways to establish a network, and different mentors to promote his thinking.

“I loved college. For me, that love just conflicted with other stuff I loved–namely doing things in the real world. I ultimately had to make a choice–the same choice a lot of young people face–and that is whether I wanted to sit in a classroom and learn about stuff or take the chance to actually DO that stuff on a real scale for real money. The only tradeoff was that if I wanted to continue to learn I would have to take that responsibility on myself (which I did through mentors and books and experiences)”

I would argue that for certain people, facing the right opportunities like Ryan was, there is very little value McGill can offer that can’t be obtained in other ways. It is a matter of trade-offs. Carnival, Frosh week, networking cocktails, career services, professor mentors, and course content — in exchange for professional meetups, applied experiences, real-world responsibility, career mentors, and alternative learning methods such as books, blogs, people and websites. For some people, the combination of experiences available to them in the professional world is greater than what is possible at university.

“It wouldn’t have worked for me if I was a year younger. It might not work for me two years from now. It’s a matter of energy, motivation and compulsion, I think. At that point in my life, I had sort of an insatiable appetite to prove myself and to learn and to do all these cool things. That was really hard to satiate writing papers and doing group projects. Today, if I wanted to get a degree in Ancient History or something, I might have the patience to do it in a more traditional manner. But for the stuff I was trying to do at the time in marketing and such, school just didn’t work. There was too much going on at the time that I could actually participate in and do. I took it and haven’t looked back.”

Recently, Ryan has written a new book called Growth Hacker Marketing where he explains that the best marketing strategy for a growing startup is not to have a dedicated marketing team. Instead, billion dollar companies like Facebook, Twitter, Evernote, and Dropbox became huge using what is being coined as “growth hacking”.The success of traditional marketing techniques such as free samples, television advertisements and billboards that helped build some of the largest companies around including Coca Cola, Macy’s and even Apple, is coming to a “screeching halt”. The new way to promote companies is through testable techniques, that leverage the internet to create scalable, cost-efficient campaigns where marketers only pay for results. These tools include e-mail campaigns that can reach the masses, online ads that link back to a digital product or service, etc.. . Traditional marketing focuses on brand awareness and perception, growth marketing is all about gaining users and growth.

“In fact, those companies talk about deliberately deciding NOT to think about marketing. They thought about growth. This framework–the startup mentality–happens to be a much more effective approach for rapidly launching, improving, building and owning a business or product category. It’s scalable, it’s trackable, its efficient, it’s creative. So the book is all about those strategies and the mindset that led to their development. Anyone who doesn’t have a job at a Fortune 500 company as a Marketing Director should read my book”

Ryan’s final advice for all you students (for better or worse): take advantage of your student title.

“People LOVE to help students. I used writing for my college newspaper as a way to meet all these cool people–people I ultimately ended up working for. It changed my life. I wouldn’t be here if I hadn’t used my student status to get into places I otherwise wouldn’t have been allowed. Take advantage of that, you’ll regret it if you don’t.“

Neither the Bull & Bear nor the author of this article recommend any student abandon their studies. The purpose of this article is to foster thinking and help students realize that the world is changing. Higher education is being disrupted– McGill now has serious competition, and not from the University of Toronto or Concordia, but rather from the increasing number of alternative ways to learn. Michael Porter, renowned inventor of Porter’s 5 Forces model, would classify this competition as the threat of substitutes.

A university degree is becoming increasingly less valuable for two reasons. The first is explained throughout this article — there are simply other means of learning that didn’t exist or weren’t accessible before. The second is the massive spike in college participation rates since the 2008 recession. Higher education is valuable only when a select number of people have it. Porter would classify higher-education as a source of competitive advantage for students who have it, but not a differentiating strategy. In the context of a company, competitive advantages are activities or ideas which improve the business, but can easily be copied and implemented by all the competitors. The end result is that all competitors adopt these value-adding activities, until they become a minimum requirement to compete, rather than an advantage for those who have them. Traditional higher-education is headed down that path right now. Finding ways to differentiate yourself, as Ryan Holiday has done, is something that we all should be thinking about.

If you’ve ever been on Facebook, Instagram, or even glanced at the news on TV, you’ve been inundated with a…