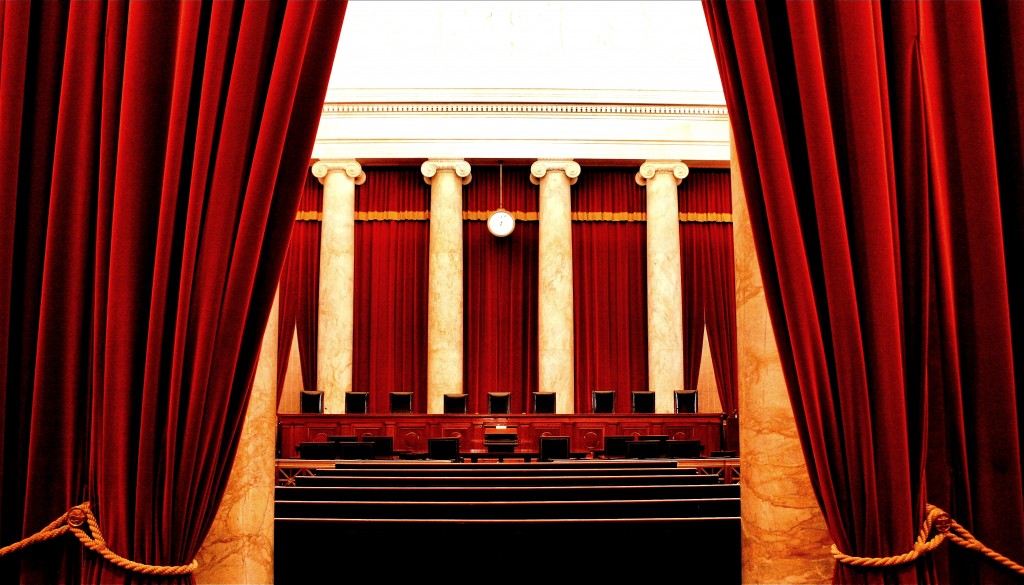 I would like to begin with a disclaimer: school pride has never really been important for me. It’s why I fit in at McGill so well; our school pride has always been pretty low key. More recently, however, it’s skyrocketed. This year, McGill established its very first undergraduate mooting team. No, mooting is not a made up word, but rather an extracurricular activity similar to mock trial. Essentially, it’s a simulation of arguing a legal issue in court, in front of a judge and opposing counsel. It’s a high intensity sport, during which you will often find adrenaline-charged heart palpitations, harshly critical audiences, and cut-throat competition.

The team braving this demanding sport here at McGill consists of about 30 inter-faculty undergraduates who’ve banded together to – respectfully and formally – kick butt in courtrooms. We fall under the umbrella of the McGill Pre-Law Society, a quiet society full of budding, aspiring lawyers who are stepping it up this year and letting our inner Harvey Specters shine.

Last November, McGill officially made history. A group of 12 individuals, in teams of 6, made the arduous trek to the nation’s capital – by Greyhound, of course –  to represent McGill at a competition called the Capital Cup. As the Stanley Cup of mooting, this event is a national mooting tournament between universities across Canada. Hosted at Carleton University, the teams were mostly made up of local Carleton students; but all that changed when us, McGillians, stepped off our luxury coach and made our way into the arena – so to speak – for the first time.

As we gathered the first morning of the competition, coffee-deprived yet still crisp in our formals, we were ready to hurl. It’s safe to say we were terrified of the 48 other, experienced teams who stood there wondering what in the hell we were doing there.

Thankfully, the feeling of being petrified soon wore off. Let’s face it: we’re McGill kids, so being kick-ass awesome comes with the territory. Despite this being our first ever performance as two rookie teams in a sea of 48 seasoned groups, in true McGill fashion, we crushed it. Each team performed extremely well, with one team even breaking through to the quarter finals. In individual performances, two McGill students cracked the top 20 percent in a pool of 120 participants.

Even if we were only provided with a few miserable meals, had to supply ourselves with our own coffee, and were forced to walk distances that made the trek to McMed in January look relaxing, McGill still prevailed. One judge was overheard saying “Did you know McGill’s here this year?” To say the least, that was quite the much needed ego boost. So, drunk off the thrill of mooting, twelve individuals returned to the motherland from dreadful Carleton, pride and accolades in tow.

Recently, we sat down with Richad Hirani, the McGill Pre-Law Society VP Delegations Affairs, for a small chat about what is most likely to be the first of many new and successful endeavours for the mooting team.

B&B: So, why mooting? Why not mock trial, or something like the McGill debating union?

RICHAD: Relevancy. McGill doesn’t have a pre-law undergraduate program. Brett [Co-President of MPLS] and I felt that there should be something specifically for students interested in pursuing law as a career. Mooting is a way to unite students from different backgrounds over a common passion: law.

B&B: Do you have an end goal or vision?

RICHAD: We want to project McGill’s prestige abroad. Mooting is an avenue for that, and we want McGill to be the best at it. This is about McGill pride and having a team that’s like a family. We want to come back to the school in 25 years and still have a strong, running legacy.

B&B: How are you feeling about McGill’s performance at the Capital Cup?

RICHAD: I’m ecstatic: the team killed it. With the experience, we’re legitimate contenders to win at upcoming competitions.

B&B: And upcoming competitions are?

RICHAD: Next semester, we’re going to compete at the University of Toronto and Osgoode Hall Law School, so we’re very excited about that. Next year, we’re aiming higher: Georgetown, University of Chicago, Harvard, and Yale. We want to go and perform well. Like I mentioned earlier, it’s about projecting McGill’s prestige abroad. Although our rankings may have dropped in recent years, the calibre of students has not.

And there you have it folks, McGill has now officially begun its mooting adventure. More than a cool new extracurricular activity or even a team to call family, it’s school pride. Mooting at McGill promises to unite students across faculties by offering them a platform to showcase their skill, intellect and passion for law, home and away. So, stay tuned McGill: here we come, bringing with us legal jargon, courtroom drama and McGill pride.