The Sommet du Cinéma D’animation, held at the Cinémathèque Québécoise last week, spent five days celebrating the medium of animation with several international short film competitions, talks, networking opportunities, and classes. I interviewed three of their artists in residence: Parissa Mohit. Raymond Caplin, and Nicolas Ligouri. Parissa’s hand-drawn film, about two teenage girls in a wrestling competition who are friends outside the ring and enemies inside it, remains solely backstage. It uses the vapour-like atmosphere of a sauna, which Parissa explains is “for making things appear and disappear randomly, like a thin line between reality and imagination”. Raymond’s film, Shapeshifter, based on First Nations folklore, shows the point of view of a shapeshifting main character, the perspective, constantly moving and morphing. Antoine’s film uses pin-screen animation, an experimental technique which draws only with light. When I asked him about the narrative, he responded “There will be no narrative process. For me it’s a more poetic and evocative project about precarity. It’s about people who live outside. It’s about lightness, weightless things that fall very slowly.” All of these artists have distinct points of view, and they have built a unique world for their animations to exist in.

Animation is an unadulterated look into what the artist cares about, and it’s more forgiving

Lukas Conway summarizes this philosophy nicely when he says that the task of an animator is “deciding what details are worth keeping, and which aren’t”. Lukas, along with Olivier Sommelet and Stefan Jaroszonek, all attend Concordia’s Mel Hoppenheim Department of Film Animation, which provides a fertile ground for experimentation. They spent eight hours editing down a videotape of an officer from the United States’ Dept. of Defence discussing the effects of doing LSD in a submarine, rotoscoped the animation (drawing over the movie footage frame by frame), and gradually turned that minimalist animation into surreal, maximalist, LSD-style sketched hallucinations. The film is called End of Recording, and Lukas told me that “narrative isn’t quite the right word for it.” When I asked him what was particularly “worth keeping” about this crazy man, ranting about LSD, I was told that his words, his mannerisms, his tics were worth keeping, but everything else was worthy of the addition and subtraction of animation. 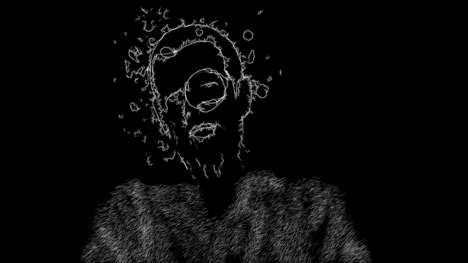 Alexanne Desrosiers, another Concordia student, has decided that the broad strokes are worth keeping. Her film is called Les Abeilles Domestiques. Unlike the chaotic sketching of Conway’s film, hers is drawn in an orderly comic book style, using digitally looped animation. The film concerns the absurdity of everyday life, mixing the mundane with the surreal, using several distanced “wide shots” that all interact with each other. It’s thrilling to behold, like Jacques Tati’s Playtime it gradually creates a dazzling human landscape, one where something is going on at every square inch of every frame, and the eyes are constantly darting around, while the looped animation traps the characters in their routine, like domestic bees. Alexanne used to work as a camera assistant, and told me that animation was more personal than any other work, and that the film was based on her own feelings about the Montreal suburb where she comes from. 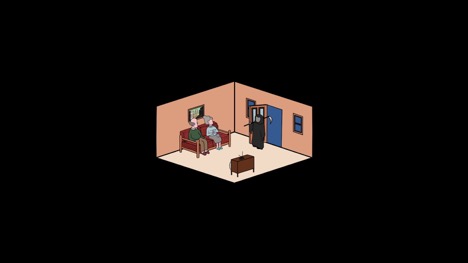 What do all these experimental artists have in common with Disney Pictures? More than one might think. When Don Hahn –the producer of Disney films like The Lion King and The Hunchback of Notre Dame— gave a talk at the Sommet, he echoed lots of the points that Conway and Desrosiers made. His philosophy of storytelling is more conventional than the artists in residence, but no less passionate. He is quick to point out the connection between his art and real life, and sometimes his art and other art; in his words: “Norman Rockwell and Degas both painted from photographs”, much like Conway’s rotoscoping, but implicit in this is that we all paint from photographs. He speaks about worldbuilding, and including only the most essential and visual ways to establish character. He recounts a tale of Toulouse-Lautrec’s painting At The Moulin Rouge, which contains a woman with a blue face in the foreground. When Lautrec sold the painting at first, he cut a section of the canvas out and sold it by itself, because he didn’t believe a woman with a blue face would sell. Later he put the painting back together. In other words, he decided what was worth keeping. 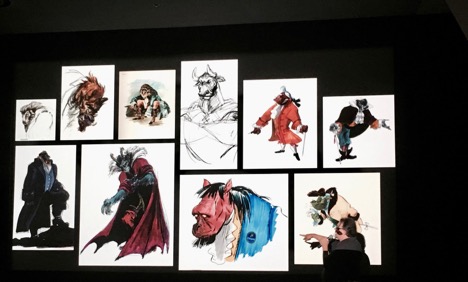 All these artists agree on one thing: they didn’t intend to be animators. Conway tells me “animation is nobody’s first choice, everyone in this department fell into it.” Alexanne began working as a camera assistant, moving to animation because it was a more personal manner of self-expression. Parissa began as a student of theatre and cinema, and only became aware of animation after going to a film festival with her friend on a whim. Even Don Hahn began as a production assistant, getting coffee for the producers. Animation is an unadulterated look into what the artist cares about, and it’s more forgiving. You’re much freer to make mistakes when working one frame at a time.

Animation is a labour of love, emphasis on the labour

Despite this, animation breeds collaboration like no other art form. Don Hahn spoke about artistic collaboration as not a canoe on a calm river but a white-water rafting expedition. “We’ve had to change directors mid-film and we just kept going downstream.” Lukas, Stefan, and Olivier each drew part of the film, dividing work between the beginning, middle, and end, and thus the ramblings of a crazed military men are more chaotic than anything else. Some artists, like Alexanne and the artists in residence, prefer to work alone, but still that collaborative spirit is present. In the Animation department, every week the students showed their work in progress to each other, and got feedback. Raymond told me that the residency was “like a petri dish.” Parissa told me that “many of the people in residence are at the same level in the projects. We talk a lot, not necessarily about our projects, but about life, how we work, and how we manage to live as an artist. Our films are about our lives.”

Animation is a labour of love, emphasis on the labour. Don Hahn manages to make a film with a team of hundreds of people and computers, but every film takes years. Alexanne and Lukas both spent months on their films, which run less than two minutes. Festivals don’t always make it easy either, Lukas said that “so many students make films and don’t submit to festivals because of how tedious it is.” Both him and Alexanne told me it was common to pay other people to fill out their forms. Don Hahn said that “as a student, it’s important to get your most experimental work out now, while you have the time.” Parissa said something similar: “it’s rare, because of other aspects of life, to have six weeks to oneself on one project”. All the artists agreed on this. In life as well as animation, you have to decide what’s worth keeping.

A previous version of this article named “Antoine Blandin” in the place of “Nicolas Ligouri”. It has been updated with the correct information.

By: Dexter Docherty Last week, I registered for a political party for the first time in my life: The Conservative…