List Season is dominated by familiar faces: Christopher Nolan, Guillermo Del Toro, Meryl Streep, Tom Hanks, and though I enjoy watching these folks get rewarded for their work (especially Del Toro, fingers crossed) it can get exhausting to hear about the same five or six movies for an eternal three weeks. If you’re looking for a break, here are ten of the best films from last year that didn’t get talked about nearly enough, and are all available to watch right here on your laptop. 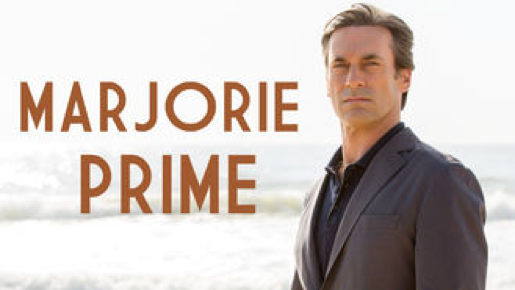 Marjorie (Lois Smith giving the performance of a lifetime), an octogenarian widow who never lost her sense of humour, has bought a holographic AI to keep her company during her golden years, a man who looks and speaks exactly like her old husband Walter (Jon Hamm, revelatory as a charming automaton). Her daughter and son-in-law (Geena Davis and Tim Robbins) are in conflict about this AI relationship, and Walter Prime is doing his best to learn. This scenario may call to mind a certain episode of Black Mirror, but the script swaps Charlie Brooker’s social commentary for a subtle irony and tenderness. Marjorie was much younger than her husband Walter but now she’s much older than Walter Prime, and as her personage begins to fade along with her memory, her AI husband improves his persona by listening to stories about “himself” in the past. Marjorie Prime is high-concept and low-key, it aims to blow your mind and touch your heart at the same time, like the best sci-fi should do. 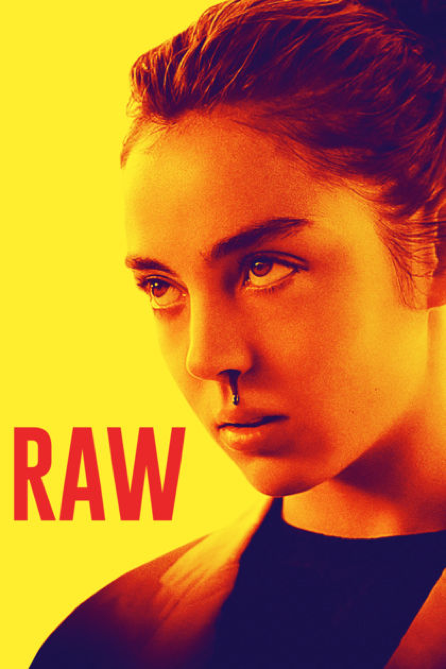 It’s tough to be a first-year, especially when your sister is a couple years above you and has to balance compassion and cool, especially when you’re a vegetarian who’s entered veterinary school and forced to eat a rabbit kidney for a hazing ceremony, and especially when you discover a taste for human flesh, that presumably runs in the family. Raw is a sisterly bonding film unlike any other, and it has a meaningful thesis on the discovery of one’s sexuality –acquiring a taste for flesh, get it? Julie Ducournau, the supremely in-control first time filmmaker, has an incredible eye for the animalistic. She captures college parties and hazing rituals as grotesque, tribalistic horror shows, and makes cannibalism seem utterly normal by comparison. Raw is funny, witty, insightful, and breezy at 90 minutes. If you love horror you can’t miss it, and if you love your sister you definitely can’t.

Alejandro Jodorowsky is perhaps the strangest director who ever lived, a man so committed to absurdity that even his most normal films, and Endless Poetry is one of them, are difficult to parse. This is an autobiographical story about his young days as a poet in Chile, his relationship to his father, and the gang of bohemians he finds himself surrounded by. Surreal and episodic, Jodorowsky always keeps you guessing. Sometimes you’ll witness emotional puppet shows, parades of skeletons and devils, or stagehand ninjas who give props to our characters apropos of nothing, but you’ll always be invested thanks to a crystal-clear rendering of Chile photographed by all-time-great cinematographer Christopher Doyle, and a core of gleeful emotion, thanks to the supreme performances (including the director’s sons, who play himself and his own father in the past). Endless Poetry may be absurd, but it feels alive in a way few films do, and after the film, you won’t be able to not ask yourself “what the hell did I just watch?”, in the most positive way that question has ever been posed. 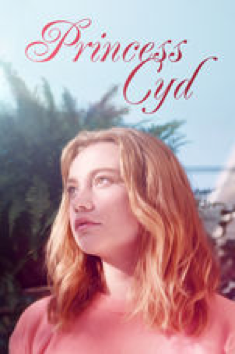 Jessie Pinnick is Cyd Loughlin, a teenager who lost her mother at a young age, and Rebecca Spence is her aunt Miranda Ruth, who she’s staying with for the summer. Cyd is sporty, doesn’t read much, she’s exploring her sexuality, and Miranda is a bit closed-off, in her own mind, and reads voraciously. Cyd meets a nice girl, and later a nice boy, and Miranda meets yet again with her brilliant writer friend whom she’s always liked, but never told. Stephen Cone’s subtly gorgeous camera lingers just a bit behind the players, to highlight the gorgeous northern Chicago streets and also to give both of these women a bit of space to express themselves. This is a film about discovery and rediscovery, the joy of reading and the joy of love, and Stephen Cone, like Miranda, chooses his words very carefully. 2017 was a remarkably good year for summertime gay love stories, and this one is sublime. 99 minutes and 99 cents on iTunes, yet every moment is priceless. One word comes to mind when I think about Princess Cyd: delightful. 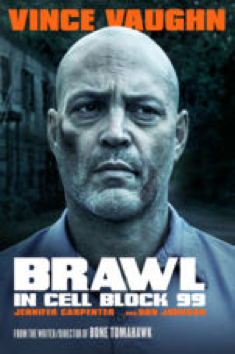 If I ran the Oscars, Vince Vaughn would be in the running for Best Actor for his hypnotizing performance in this fantastic film. He bulks up, shaves his head (revealing a tattoo of a cross on his badass bald skull), dons a Texan accent, lands himself in jail in a very, very bad situation, and beats a couple dozen guys to a pulp. Speaking of pulp, S. Craig Zahler should be considered for best director; he squeezes every bit of comedy, drama, tension, and blood out of this premise, taking his time with the setup and rewarding you with some of the most terrific fight scenes this side of Hong Kong. While we’re at it the sound design and editing are supreme; the snap of a bone, the bullet through a chest, the shock of an electric collar all ring frighteningly close to the ears. This is not a film that takes its violence or its characters seriously, or lightly. I can’t recommend Brawl In Cell Block 99 if you don’t like hyperviolent B-movies of the Tarantino tradition. But, if you do, I can’t recommend Brawl in Cell Block 99 enough.

This film is hard to describe but easy to love. Two years ago Don Hertzfeldt, an animator with a style like no other, made the film World of Tomorrow out of snippets he recorded with his four year old niece Winona Mae while drawing with her. He fashioned those naturalistic audio snippets into a mind warping, gut busting, heart wrenching sci-fi masterpiece where childlike whimsy meets with high-minded philosophical explorations, matched by his animation style where stick figures and 3D psychedelia coexist. That film is perhaps the greatest animated short of the century, and this sequel is equally incredible. Winona is now five, and her ramblings are now more like existential monologues about time, memory, love, and so this film is like an episodic journey through the mind of a child: Inside Out on acid. Some places are hilarious (triangle land especially) and some are sad (you will never again listen to The Nutcracker without weeping), but all will stop you in your tracks. The best thing about these two films? The first is only 16 minutes, and the second only 22 minutes, and those 38 minutes will be the most breathtakingly funny and sad minutes you’ve seen in a very long time. Watch it and rewatch it into infinity. 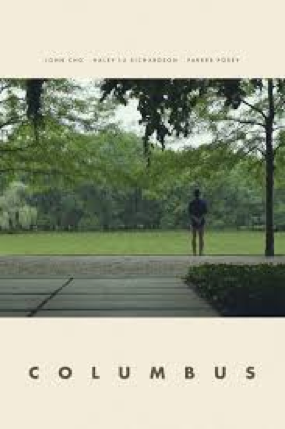 Columbus tracks the tender relationship of two characters trapped in the titular Indiana town, “the mecca of modern architecture”. John Cho plays Jin, whose ailing father, a professor, collapsed while giving a talk, and the complicated bond between father and son compels him to stay in Columbus, despite his disdain for architecture. A role this dramatic and tender is long overdue for Cho, but right on time for Haley Lu Richardson, who plays Casey, a teenage expert in architecture who dreams of university, but is trapped in Columbus by money and family. Kogonada, the first-time director (who used to make video essays for the Criterion collection), is also right on time. His compositions are as artful, subtle, and moving as the buildings he’s photographing, and like his idol Yasujiro Ozu, he’s careful to reveal just the right amount of emotion, no more, no less. But this story and these characters are easy to care about, so not much emotion is necessary to move you to tears.

Is it television? Is it a film? Regardless, it’s cinema. Nathan Fielder’s show Nathan For You usually chronicles his efforts to help struggling and small businesses through clever tricks and, well, lies (for example, helping a struggling cafe not to get turned into a Starbucks by turning it into a parody of a Starbucks). But in the season finale Finding Frances, he’s on a more personal mission: to reunite a man named Bill Heath, a Bill Gates impersonator from a previous episode, with his long lost love named Frances. We begin with the usual Nathan For You hijinx –Nathan stages a “57-year reunion” for Frances’ high school class– but soon the cringe-comedy devolves into cringe-drama and deep, seething regret. Both Bill’s persona as a kindly old man and Nathan’s persona as a helpful businessman get called into question, and when he begins hiring actors, writers, and an escort named Maci (with whom Nathan has a maybe-genuine-maybe-not connection), the whole show becomes one long meditation on the very nature of cinematic truth, equal parts funny, sad, and boundlessly human.

I’m not surprised that, despite being one of the greatest filmmakers working, Olivier Assayas has been given the cold shoulder in North America; he’s a brilliant filmmaker who never announces his brilliance. While watching Personal Shopper you’ll be so taken in by the story, so relaxed by the lovely Parisian ambiance and so enchanted by Kristen Stewart’s performance that you won’t realize you’ve been deeply moved by what you’ve seen. Likewise Assayas’ handheld camera strolls through the scenes with a relaxed step, and unless you’re paying attention, you won’t notice all the times he switches perspective or happens upon a perfect composition. His style is distinct yet adaptable. He’s recently made terrorist epics and cinematic metacomedies, and now he applies his grace to this film, which is a ghost story, but a sweet, tender ghost story where we wait patiently for a sign from beyond. This film will call to you from the back of your mind when you least expect. 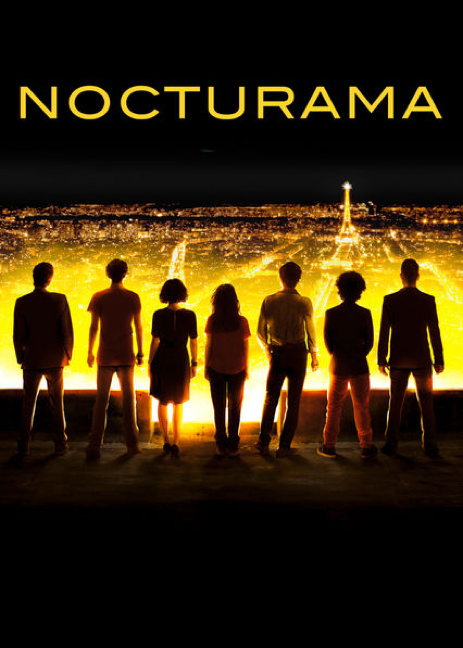 Some have called this the best film of the year, but for me it gets a more meaningful title: Nocturama is the most confident film of the year by a kilometre, and the bravest film of the year by a mile. Bertrand Bonello, the man in charge of this vision, sculpts the film in two halves: the first regards our characters, a squadron of teenage terrorists, carefully planning and executing their attack, captivating your attention with a non-linear use of time and an uncommonly cubist approach to space. Though there’s not much dialogue or context, Bonello seems to be confident that you’ll stick with him based on the power of his images. But after the bombs go off, he traps his gang in an ornate department store, for them to wait out the night, and he is brave enough to never leave them.

The bravery doesn’t end there: Bonello’s filmmaking is elliptical and hypnotizing. His aesthetic is always thrilling (despite the pointedly blank hallways of part one and the tacky department store mise-en-scene of part two), and for the soundtrack he has chosen, in a year that includes Baby Driver and Lady Bird, the greatest pop music needle-drops of the year –including, in the film’s most dramatic moments, My Way and I Don’t Like (Clean Version). Bonello is brave enough to give his characters shocking moments of vulnerability, and confident enough that you will understand that he’s not lionizing them. This film pierces the mind and invades the soul, asking questions that it’s not afraid not to answer. Scarcely a day in 2017 passed where I didn’t think about the brilliance, the confidence, and the bravery of Nocturama.