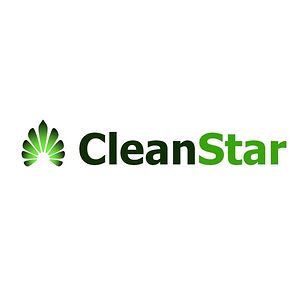 CleanStar Mozambique is a fast-growing company created by Novozymes and CleanStar Ventures that promotes a transition from charcoal to ethanol in Mozambique. Unlike other failed attempts to generate ethanol in an impoverished country, CleanStar aims at remodeling all aspects of the lives of small farm holders in the country. Currently, the population is 23 million, of which more than 50 percent are living in poverty and on less than one dollar a day. The nation’s GDP per capita is USD 1,000. This company not only uses ethanol as the new source of energy but also prevents deforestation in the country by helping farmers learn new agricultural techniques instead of the archaic methods they have been using.

Initially, yields from burning down African forests are high because of the natural organic materials in the soil. However, after longer periods of time, crops are no longer able to grow in these areas and farmers have to destroy more areas to start over again. This has created a vicious cycle where deforestation has become the key problem. The rise of atmospheric black carbon from charcoal in developing countries is becoming as much a contributor to climate change as CO2. In addition, health costs caused by charcoal such as pneumonia or lung cancer are irreversible and are contracted at an early age.

According to a WWF report, this company is considered a “game-changing innovator,” based on its new agricultural techniques. Typically, ethanol is made with either corn or sugarcane, yet this company uses Novozymes’ enzyme technology to create ethanol from starch found in the cassava tuber.

CleanStar introduced sustainable farming techniques to local farmers for the cultivation of cassava. The company also ensures that farmers use the lands that were previously cleared reversed for charcoal production. Cassava, which is not used for flour, is then converted to fuel ethanol by CleanStar at the firm’s own distillery. Finally, they sell the ethanol cooking fuel, along with clean cook stoves, through their own distribution channels to the local market.

This innovative idea is quickly jumpstarting the economy of Mozambique – and this claim is data-driven. It is said that the smallholder farmers have increased their incomes by over 400% and have improved their quality of life by reducing their exposure to charcoal smoke. CleanStar also hopes to move into other African countries to replicate their effective, sustainable and profitable business model.

The story does not end here. It seems that major financial institutions have taken notice to CleanStar’s work and now provide “carbon finance” to reduce the costs of these clean cook stoves in Mozambique. Bank of America Merrill Lynch, under the firm’s 10-year $20 billion dollar business initiative, has made a financial agreement with CleanStar.

This company is stepping into new territory by creating a business plan that encompasses many climate change issues, and forms a set of guidelines for the future of carbon emission reduction projects.