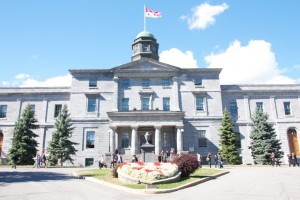 A campus that many considered divided has recently come together in the face of a common threat.  In a joint statement released on Friday, a coalition of students, teachers, unions, professors and administrators called for the Parti Québécois government to roll back the planned cuts that would slash McGill’s budget by over $38 million by April 2014.

Several of the co-signing groups have spoken out separately against the reductions since their initial announcement in December 2012: SSMU, the Administration, MUNACA, the PGSS, and the MAUT have all released their own statements. Many individuals, including some McGill professors, have also taken a stance to oppose the cuts that are seen by many as a draconian betrayal of the student movement that brought the PQ to power.

This show of unity is a welcome sight after a long period of heightened intra-campus tensions. Many of the signing organizations have butted heads over the past two years, with MUNACA going on strike from September to December 2011, and a series of conflicts between students and the administration ranging from protests, occupations, and the administration’s response, to denied requests for access to information. “We felt it was important, as members of the McGill community, to do what we could to bring different groups at McGill together to speak with one, powerful voice,” explained MAUT President-elect Ken Hastings.

The crystallizing point around which these sometimes disparate groups have joined forces is a shared belief in the value of higher education. “A university is a living community of students, professors, librarians, support staff, and administrators whose collective work drives the research and teaching activities that develop new knowledge and deploy existing knowledge,” the joint statement notes. “The contributions of universities have been and will continue to be of enormous benefit to society.”