In August 2018, former leader of the New Democratic Party (NDP) Tom Mulcair, resigned his seat in Outremont to accept an appointment at Université de Montreal. Mulcair’s resignation was the catalyst for the by-election scheduled for February 25, 2019. The Bull & Bear sat down with McGill clubs from the Liberal, NDP, and Conservative parties to discuss the upcoming by-election and gain insight on all the candidates for the region.

The Liberal candidate, Rachel Bendayan, is a former international arbitration lawyer and Chief of Staff to the Minister of Small Business and Tourism. Jack Martin, VP Operations of Liberal McGill, argues that Bendayan’s previous experience working in a Minister’s office offers unique insight to the inner workings of the federal government. He emphasized how Bendayan’s progressive principles make her a good candidate to “work hard for the middle class” in Outremont and protect the environment with a carbon tax. He described Bendayan’s diligent effort to actively seek out youth volunteers and voters in order to ignite energy into the campaign, which is staffed by many who are “not much older than us.” Martin also described significant participation from McGill students on Bendayan’s campaign, with nearly fifty members canvassing in person and over the phone. The McGill Liberal Club has had a close relationship with Bendayan since her 2015 campaign, one which Martin describes as “rewarding and enjoyable,” and has resulted in many young people becoming involved in politics.

NDP candidate Julia Sanchez is a political novice with a long history of leadership in the humanitarian sector, focusing on the environment and human rights. NDP McGill Co-Presidents Celeste Cassidy and Sarah Mikhail, as well as Vishwaamithran Ramakrishnan, Member at Large, sat down withThe Bull & Bear to discuss Sanchez’s campaign.  Stressing a “team approach,” Cassidy described the club’s involvement with NDP Concordia and the JNDQ, the Quebec youth wing of the federal NDP, as important to the “youth-led campaign.” The executives agreed that environmental policy best demonstrates the ideological distinction between Sanchez and Bendayan. Cassidy stated that Sanchez has “done a lot of work in the past for environmental groups,” including her role as the managing director of the Global Campaign for Climate Action. Ramakrishnan believes this is a particular difference from the Liberals’ environmental policy, citing Trudeau’s recent investments in the Kinder Morgan pipeline. He describes Sanchez’s experience as critical to the overall NDP position of being anti-pipeline while working towards a “just transition” from fossil-fuel dominated industries. Ramakrishnan describes “investing more in education, retraining, [and the] green industry sector” as essential to protecting Canadian workers.

Mikhail attributed the success of the recent meet and greet with Sanchez, as well as the effective canvassing of recent weeks, to an increase in club membership fueled by previously uninterested students. Mikhail also stressed that recent policy-based campaign events, including discussion panels, communicated NDP values to students in an accessible, democratic manner. Cassidy views these forums as essential for issues like fighting climate change, which she believes will be “won by locally funded efforts.” Contrasting Liberal and NDP values, Cassidy focuses on a federal NDP reliance on grassroots campaigning, “spending time speaking with people focusing on issues that affect them directly, not federal corruption scandals.” 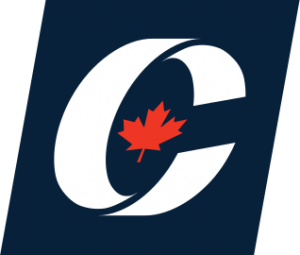 Completing her final year of law school at the University of Ottawa, Conservative Party candidate Jasmine Louras has a special interest in business law. President of Conservative McGill Marie-Serena Oakes and VP Finance Ali Gursoy explored the club’s partnerships with Concordia and various CEGEPs as essential to Louras`s campaign. They maintain that student-led efforts helped to generate positive energy for the Conservative Party, and were useful in overcoming the language barrier in predominantly francophone Outremont. Gursoy explained this election’s potential, calling it a “huge chance for Conservatives,” and emphasized the party’s determination to win at least one federal seat on Montreal Island, which hasn’t been done for 25 years. Louras intends to attract the predominantly liberal group in Outremont with a “pro-business, lower taxes” economic plan. Additionally, attempting to win over the large Jewish population in Outremont, Louras’s volunteers have distributed pamphlets in Yiddish. Oakes supports Conservative leader Andrew Scheer’s involvement in Louras’s campaign as part of a new federal Conservative strategy, distinct from former Conservative leader Stephen Harper’s, to focus on Quebec politics.

While the Conservative party only received nine percent of the vote in 2015, Gursoy maintains that a second place finish in Outremont is feasible, especially in the context of  “recent [SNC-Lavalin investigation] scandals” in the Liberal Party and lower support for the NDP federally.

Canvassing for Louras, both Oakes and Gursoy noticed a generational trend, as “young people, without any exception…were having a civilized conversation,” while older Outremont residents had more negative reactions to the Conservatives. Gursoy detected a boom in Conservative McGill membership, with students becoming “less shy to express their conservative ideas.”

Oakes drew on the high instance of former-NDP and Liberal students attending campaign events, reasoning their attendance to “always hear[ing] the same story all the time.” Oakes hopes that this is indicative of greater toleration, if not acceptance, for what they see as an often “stigmatized” conservative ideology. Oakes commented on the McGill Daily’s election guide, which did not include Conservative McGill, explaining that “No one reached out to us at all,” which she viewed as disheartening given that they are “one of the most active campus clubs in Canada for the Conservative Party.”

The campaign of James Seale of the People’s Party of Canada represents the first Quebec electoral fight for the party, which was
founded by former Quebec MP Maxime Bernier in September 2018. Seale is a veteran of the Canadian Armed Forces, performing patrolling and peacebuilding operations in Israel, Germany, and Haiti. After earning an MBA from the John Molson School of Business and a post-graduate diploma from McGill University, Seale has been the Director of Internal Controls at the Canada Economic Development for Quebec Regions, a federal agency. He is campaigning on a platform of increasing Canada’s defence budget to two percent of total GDP in order to “defend Canada in an increasingly complex and uncertain world.” Seale proclaims the PPC platform as “tailor-made” for his fiscally conservative ideology, as he plans on reducing taxes for individuals and businesses in Outremont. Attention to the campaign has largely been focused on measuring Canadian and Quebecois acceptance of Bernier’s controversial views on multiculturalism.

The question of what your local, independent bookstore does for you can be hard to conceptualise. However, when you sit…