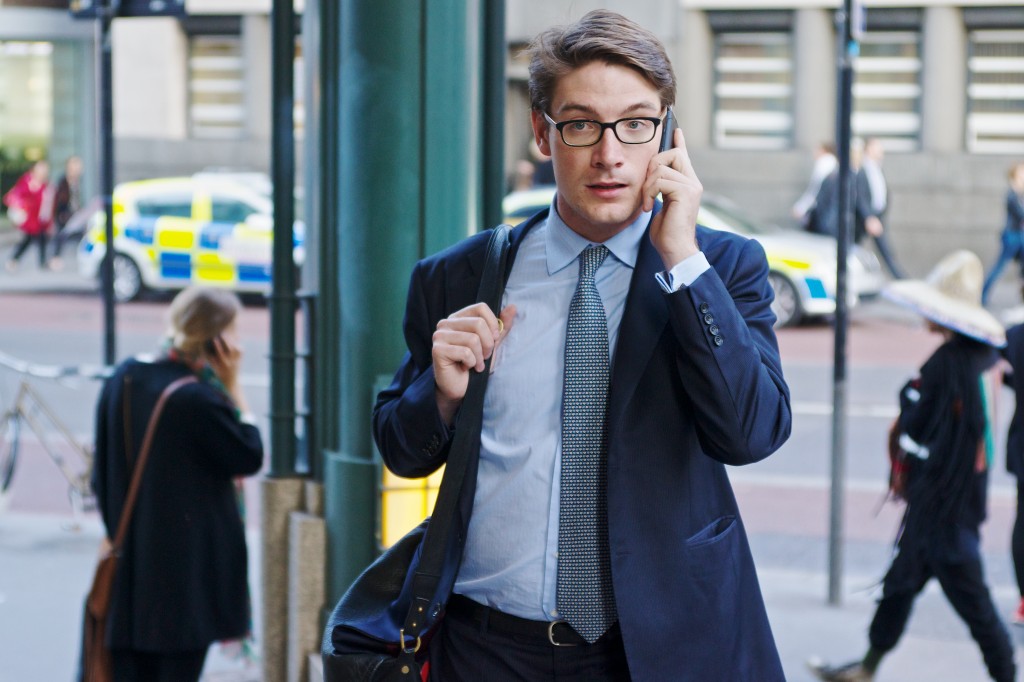 As you all know, there are two kinds of people in this world: sharks and everyone else. Though created from the same cloth (or rib, I forget), one is described as “stealthily hostile and overly individualistic,” while the other finds solace in writing defamatory articles propagating such nonsensical accusations.

As a proud shark myself, I know firsthand the importance my kind places on landing a covetable summer job; one that will eventually grant us a one-way ticket to a Wolf of Wall Street-esque lifestyle ­– minus the prison time, naturally.

It is in this context of the sanctity of summer employment that the above dichotomy rings truest. Accordingly, on the one hand, you have your sharks who view any and all “social interaction” as an opportunity to network – even 4à7. Then, on the other, you’ve got “the rest” who actually love talking and getting to know each other, even if it doesn’t lead to a job or a new LinkedIn connection. Indeed, while sharks spend every waking minute of their summer trying to climb up the corporate ladder, the rest are too busy repurposing said ladder as a “rustic country-glam meets Soho-boho-chic” accent piece.

That being said, discovering with which group you belong can easily be accomplished by reflecting on your ethos, and answering the following question:

“What did you do this summer?”

Ahh, now that’s one question that certainly gets my cold-blood boiling.

A – if not, the ­– question that crosses the sun-kissed lips of all students at the return of classes. During that ephemeral moment, bliss still abounds in the warmth of the Sun caressing your skin, the chill of the beer a flowin’ at OAP, and the innocence of first-years walking around campus with a map.

To some, this is but a seemingly innocuous question that simply relates a genuine desire to reconnect with a dearly missed friend. Despite the fact that everyone asks each other the same bloody question, this pleasant formality has come to be accepted by most as an integral part of #backtoschool, akin to froshies mistaking you for one of them by asking you which rez you’re in.

But to others, this question only arises out of a dire need to extend a conversation before the silence officially becomes awkward, and the joyful veneer of reconnecting wears off.

Thus, for sharks, this question is solely a social expedient, whereby the end is the end of the awkward silence, and the means is an immoral transgression.

Though we are made out to seem like the highly competitive and ruthless group of individuals that we naturally are, we still have manners. Therefore, we must follow a strict set of rules and conventions that guide our, albeit limited, social interactions that aren’t networking. Think of it as something like a Bro Code, except less tacky and much more snarky.

The first – and arguably the most important – of those rules is that you don’t ask a fellow shark what they did during the summer.

To a shark, this question is nothing short of a sacrilege.

The melodrama aside, let me explain.

You see, asking a shark how they kept busy during their summer is an indirect – and hella devious – way of imposing on the other a comparison of summer jobs. By convention of two-sided conversations, the other person has now entered a non-legally binding contract to ask you the same question. As a result, such a contemptible action is typically reserved for those who know that their job was the BOMB.com. You know, those perfect kids who, on top of their 4.0 GPA, managed to score an internship on Wall Street or – even better – Mike Ross-ed their way to the side of some big-shot corporate lawyer.

Indeed, it takes an incredible amount of self-confidence – and callousness – for someone to go out of their way to list all the ways they accomplished someone else’s dreams, just ‘cause.

Hence, a shark’s right to a summer job in which they can take pride – sans comparing – is one that has been upheld as sacrosanct for centuries. A shark that defies this fundamental rule is not a real shark, plain and simple. To even attempt to evoke jealousy through a matter as sacred as this is utterly deplorable and uncharacteristic of our kind. As sharks especially, there must remain a modicum of respect with which we treat one another, otherwise capitalism would cease to function and the world would convert to – God forbid – communism.

But, to “the rest” of you, what did you do this summer?

(For all you shamefully ignorant first-years, “sharks” are what we management kids like to call ourselves. We’re competitive, goal-driven, and capable of tearing down your self-esteem with one judgmental glare. So, you better watch where you swim.)