For many of us, graduation is no longer an abstract concept or an unexplored Atlantis, but rather a looming reality. Some anticipate it with open arms, but others dread the end of an easy, carefree life and the start of a world filled with real decisions. No matter how you feel about this bittersweet time, some of us are about to embark on a new journey, and one key ingredient of a touching graduation ceremony is the commencement speech.

An inspiring commencement speech comes in all lengths and forms with different messages and ideas. However, what unites them all is that they encourage us to pursue our dreams, push us to take risks, and remind us that our careers are not the only source of our happiness and identity.

Over the years, there have been countless inspirational speeches, but three in particular really stood out to me. The three speeches were by Steve Jobs at Stanford University in 2005, J. K. Rowling at Harvard University in 2008 and Randy Pausch at Carnegie Mellon University in 2008. All three speakers reminded us of how important it is to follow our dreams and not live our lives for others, which is a trap many of us aware exists, yet still manage to get caught in. I’ve highlighted which quotes really struck a chord in me from each speech and the key lessons I learned from each of their moving stories.

“You can’t connect the dots looking forward, you can only connect them looking backwards. So you have to trust that the dots will somehow connect in your

future. You have to trust in your gut… because believing that the dots will connect down the road, will give you the confidence to follow your heart, even when it leads you off the well worn path, and that will make all the difference.”

Steve Jobs taught me that taking risks doesn’t always have to fit into the master plan you have for yourself. Before dropping out of college, he decided to take a calligraphy class because he was interested in it. He didn’t see how it would help him in the future or how this would be a relevant or useful skill to have, but it was something he enjoyed and truly had a passion for, so he decided to invest his time in it. 10 years later, he remembered all the skills he acquired from that calligraphy class, and was able to design the best typography of fonts that are used on every Macintosh computer we have today.

A lot of us get too caught up in doing certain activities because it will supposedly help us achieve something in return that we may have lost track of what really makes us happy. Take those courses that interest you, enroll in those lessons that you think may never amount to anything because even though we will never know how learning a certain skill may help us advance in life, you “have to trust that the dots will somehow connect in your future.” 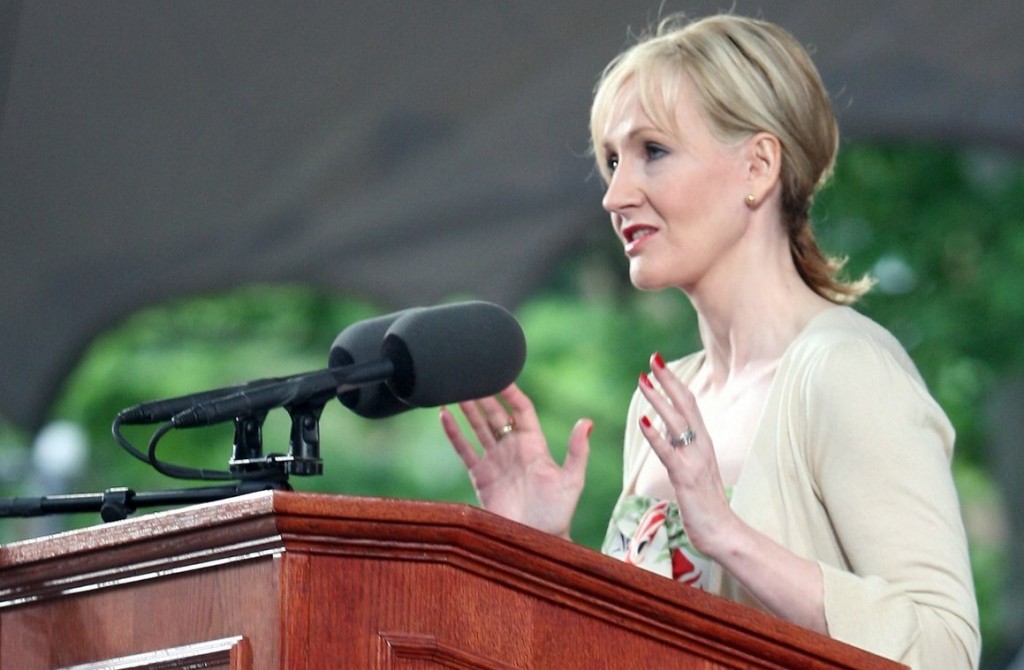 “I was convinced that the only thing I wanted to do, ever, was to write novels. However, my parents, both of whom came from impoverished backgrounds and neither of whom had been to college, took the view that my overactive imagination was an amusing personal quirk that would never pay a mortgage or secure a pension. I know that the irony strikes with the force of a cartoon anvil, now.”

J.K. Rowling’s humorous speech reminded me of the importance of chasing after childhood dreams and not living your life for someone else. While this is so much easier said than done, she lived by example through her story of how she would devote all her time and energy into writing her novels at the school cafeteria, instead of going to her Greek Mythology class. Even though her parents reminded her over and over again that her “novels” were just a hobby, not a profession, she still believed that they were more than just a pastime. They were an integral part of her. She knew that she was on the brink of something extraordinary, and knew that she could not give up writing just because her parents believed that writing children’s books was not a “real job”.

I believe that at some point or another, we will all be faced with a similar situation of choosing between what is expected of us or following our internal compass. We could blame the inability to follow our dreams on the most common suspects: our parents but realize that the main culprits are our own fears and self-doubt. J.K. Rowling reminded me that it is important to take that leap of faith and do what you have always dreamed of, even if it leads to failure, because at least you will never have to wonder “What if…?” 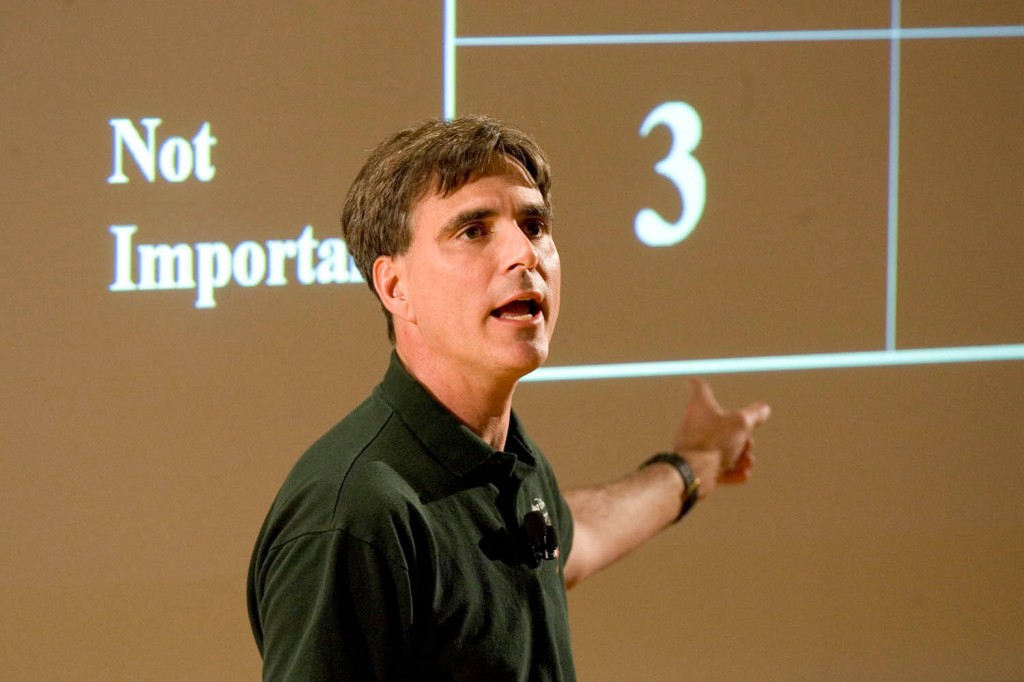 Pausch’s speech was incredibly moving, as he spoke about death and how it can creep up on us at very unexpected times. Before he was diagnosed with cancer, he thought that he had at least another forty years with his family and friends and all the time in the world to accomplish his goals in life. When he was diagnosed, he quickly realized that his time was limited and his days were numbered. He realized that every day needed to count.

When we step out into the real world, it may become natural to lose sight of what’s important in life. We may become so engrossed in work that it becomes routine to neglect the individuals, who mean the world to us. We should always remember that each hour we spend in an office, on the road, or in a meeting, is an hour that we do not get to spend trying something new, being with our families, or travelling to a new destination.

Don’t neglect the present just to make room for the future. Make sure that you you devote your time and energy to things you believe are worthwhile – something that makes you so happy and excited about getting up at 5 AM on a cold and rainy Monday.

Jobs, Rowling and Pausch all emphasize one central message: do what you love and what makes you happy. They never mentioned that you must succeed or that you should make a living out of your passions, but rather, that you should at least try to make your dreams come true and live with no regrets. As we all think about our future “grown-up” selves, remember to face the two options of going after what you love versus doing what you are expected to do, with courage and a willingness to take risks.