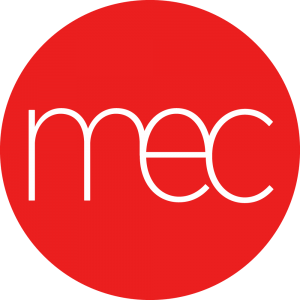 Five categories required teams of students to complete a specific task in four hours. These challenges ranged from building a robot in the Senior Design Competition, to figuring out how best to build a brewery on the grounds of a former nuclear power plant.

“Because the main focus of engineering is problem-solving on the spot, most of the categories revolve around that concept,” explained Katie Gagne, the Chief Coordinator of the MEC. “You show up on the day, you are given the rules and the supplies, and then you have a set amount of time to complete a task.”

The other two categories, Innovation and Communications, required students to prepare presentations ahead of time. Under “Innovation,” students present research and projects they have developed throughout the year. “The Innovative Design and Communication competitions provides the opportunity to present work created outside of MEC, whether it is a capstone project or research interest,” noted Bryan Gingras, VP External of the EUS. “It’s particularly interesting for older students who are doing their senior design projects.”

The Communications category only had one team participate. However, the team still had to ensure that they adhered to competition standards for the Quebec Engineering Competition. “If we were not up to the proper level they would not agree to send us to QEC. We also had to be careful about selecting our topic because we’re are not allowed to change topics from MEC to QEC,” said Communications team member, Laurence Blondeau-Bouchard.

The purpose of this category is to judge how well an engineer can make a complex topic make sense to someone without an engineering background. “One of the problems engineers face is that we understand what we are doing because we have the background and therefore see concepts as simple, so sometimes it is hard to take a step back and explain it to someone who has none of that background,” said Blondeau-Bouchard. This year, the Communications team presented and explained the engineering concept of Carbon Capture and Storage Technologies. The topic was chosen because the team knew how to simplify the explanation of the concept despite it’s complexity.

Carlos Marin, the new EUS President,  selected to be MEC Chair back in May and had to step down from the position when he was chosen as EUS President. The Chief Operations Officer, Katie Gagne, was then ratified by the EUS Council as the MEC Chair for the two weeks preceding MEC.

Marin assumed the presidency of the EUS following the resignation of the former president earlier this semester. Marin asserted that the transition between presidents did not hinder the planning of MEC due to the hard work of executives and committees organizing the event.

Marin and the planning team sought to rebrand the event as more than just an engineering competition. “This year, we saw a lot of potential in the way MEC is organized, and how we could shape it in a way where we create more professional activities so that students have the opportunity to showcase their skills and talents,” Marin enthused.

Since last year, McGill Engineering Alumni working in major firms in the area have served as the judges of the competition. These judges represent high-profile companies such as McKinsey and Bombardier. First and Second place category winners had the opportunity to network with these representatives at a cocktail reception on Monday evening at the Thompson House.

The executives also focused on engaging younger students in this year’s competition. The team achieved this goal by stopping in on classes. “We did a lot of outreach with class announcements,” Gagne said. “The older students tend to know MEC is happening but tend to be busy around this time of year, though they don’t necessarily need the same networking to get their graduating positions as the younger students. Therefore, a lot of U1’s and U2’s signed up for a variety of categories.”

In the past, McGill teams have had issues advancing forward from Quebec to the national competition due to language barriers and higher competition. “Translation is hard. The QEC translators do not always translate everything, which is an issue when you’re debating with another team that is speaking to you in French,” Marin elaborated. “ However, it really comes down to how strong the applicants are for each year and having good judges at MEC that do a good job in selecting people for the Quebec competition.”

The winning teams will prepare to face the competition by strengthening their knowledge in all aspects of engineering, Having teams with members from different departments helps with this preparation, as they can teach each other the skills that they need to know. “I can always learn more mechanical engineering and my other teammates can learn a bit of electrical,” remarked Minh Tran, one of the winning team members of the Junior Design Competition. “Our strategy moving forward is to learn anything we can to get to the Canadian Engineering Competition.”

This October is Queer History Month, which is the perfect opportunity to improve your knowledge about queer issues. Queer History…