Writing about a poet can be difficult. Stating objective truths about herself, the career she created, and the impact she holds seems bland and oafishly to the point. Equally, to indulge in the frivolous use of metaphor, imagery and flourish of language detracts from the objective of an article such as this, and will inevitably be done with far less skill than the subject of such an article.

Perhaps, when all else fails, we can just start with the basics.

For those who do not know, Rupi Kaur is a Canadian poet, illustrator and a #1 New York Times bestselling author. After publishing her first poetry collection “milk and honey” in 2014, her name and art have become synonymous with female empowerment, love, loss, brutally beautiful honesty, and the rebranding of a literary genre in the contemporary digitized world. With 1.7 million followers on Instagram, the twenty-five year old poet is often heralded with the praise that she has singlehandedly modernized and democratized the way we engage with poetry. While this is most certainly an interesting facet of her work, when Kaur came to Montreal on October 6, and performed selections from her new collection “the sun and her flowers” at the National Theatre, these facts concerning her past successes and media presence seemed almost entirely irrelevant. This was an evening to honour the symbiotic connection that exists between a poet and their writing. This was an evening to honour the strength that is realized through vulnerability. Most of all, this was an evening to honour the relationship between a woman, her words, and her fans. 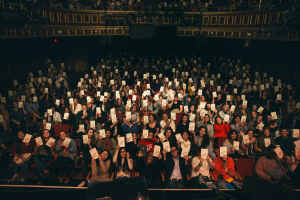 Circulating the audience before the show, it became obvious that there were certain themes that bound the audience together in appreciation for Kaur’s work. When describing what they loved about Kaur’s poetry, many people gravitated to words such as ‘raw,’ ‘helpful,’ ‘accessible,’ with even adding the simple and direct sentiment ‘it just gets you.’ Individuals spoke to the power her words held helping them through a break up, and others spoke of the power Kaur’s poetry had when representing the struggle of coloured women searching for a stability that overcomes cultural displacement. Even when prompted with such a simple question, members of the audience opened up and spoke very personally about the vulnerability Kaur’s work encompasses, and the relatable nature of this fragility.

Once the lights went out and the show began, this acceptance of vulnerability in all its tragic, humorous and unglamorous forms continued with renewed fervour. “the sun and her flowers” is split into 5 parts: wilting, falling, rooting, rising and blooming, and Kaur read every selection in order, simulating the progression of emotion they were meant to represent. As Kaur explained during her time on stage, this second collection of poetry is a product of the emotional journey that immediately proceeded the publishing of “milk and honey,” a journey that began with the realization that it is hard to prescribe self-love to millions of followers on tour, when you cannot direct the same advice to yourself. The selections that Kaur read from these five chapters document this journey: of love lost, of love turned to hate, of love surviving, of love renewing and finally, of love returning to the self.

Kaur admitted that her favourite chapter in the collection is “rooting,” a chapter that almost exclusively pays homage to the fears and uncertainty of immigration, the strength of her parents in starting again after leaving India, the resilience of her mother, and the power of femininity that is too often suppressed under the guise of cultural inevitability. While every poem, spoken word piece, and chapter carried immense power through Kaur’s performance of them, this chapter resonated far past the walls of the National and into the current events and much contested issues of the outside world. Kaur explained that one piece entitled “boat” was inspired by a photo of the deceased three-year old Alan Kurdi who washed up on the shore of Turkey and whose image became an international symbol of the horrific refugee crisis. Much like every other theme Kaur writes about, she handled this topic with the simplistic, honest, direct, and delicate approach that has branded her poetry. This is notable because Kaur’s work is too often exclusively seen as a means of handling heartbreak, and while her writing is powerful in the face of a broken heart, the themes handled in “rooting” show that Kaur’s work is a relevant addition to the discussion of how art can inspire social change. Her voice carries an influence far beyond that of getting over a break up. 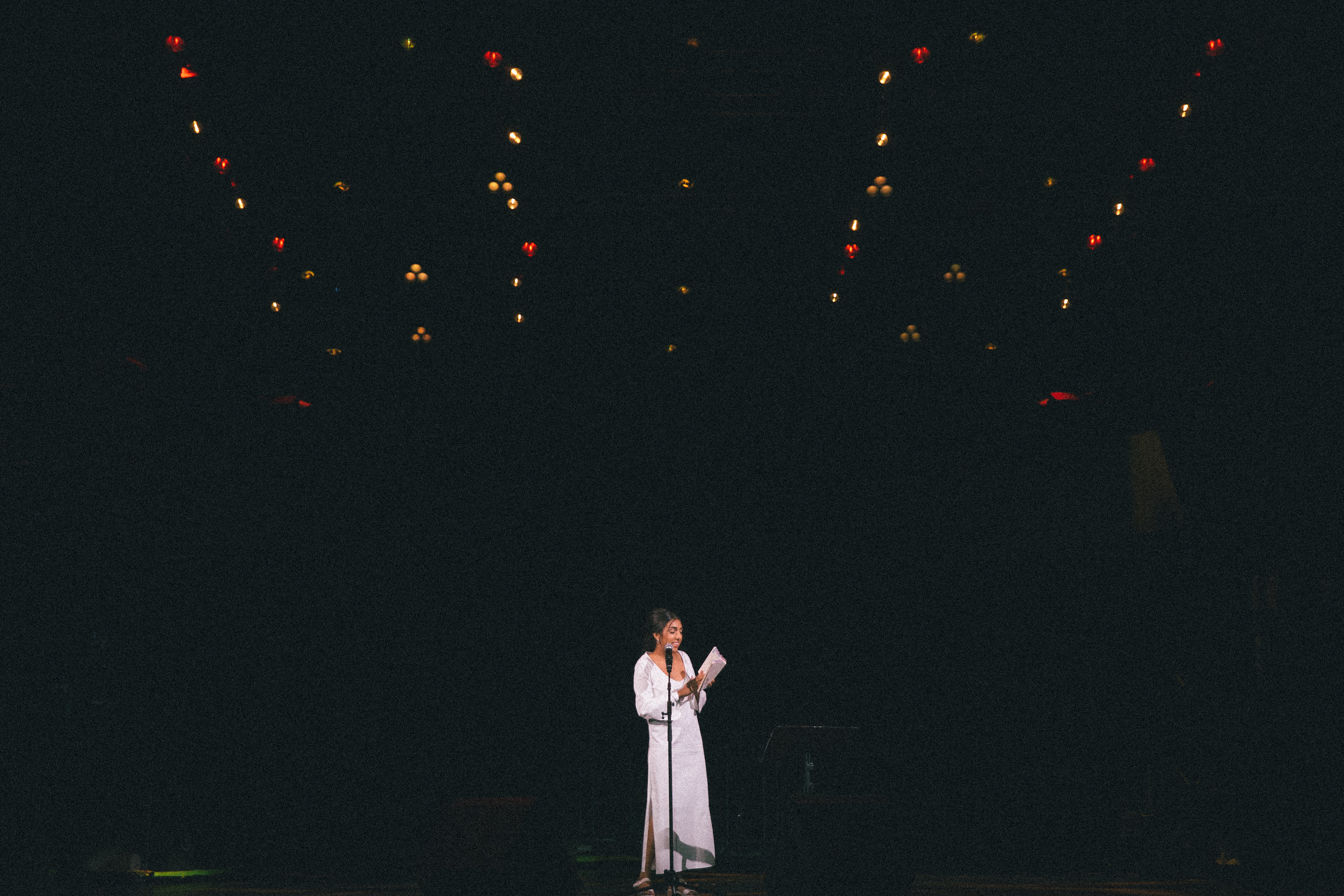 After all is said and done, it is important to return to the basics.

Rupi Kaur is a poet, illustrator, #1 New York Times bestselling author, and an absolutely enigmatic individual to watch on stage. The themes her poetry addresses speak to love in all its present forms and absences – from the love one can rekindle in themselves, to the love that needs to be salvaged for those that lay outside our drawn borders. The connection that Kaur has formed with her fans is dedicated, and the connection Kaur is able to form with her audience is electric. Rupi Kaur is a voice that commands attention, and in a time where such commands are often loud and incessant, it is so refreshing to find ones that come to their recipients simply, softly, and blooming with hope.

From February 22nd to 23rd, over 500 developers from across North America will be competing at McGill’s first “McHacks,” a…