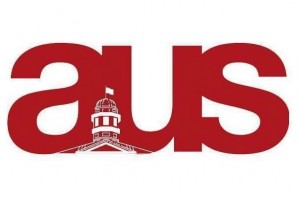 The Arts Undergraduate Society held a council session on Wednesday evening in Leacock 232. This week’s discussion covered a wide variety of issues, including proposed changes to the layout of the Leacock Building, the adoption of an AUS equity policy, and the introduction of a project to make orientation week more inclusive for all students.

Associate Dean Gillian Lane-Mercier spoke with the council in order to be transparent regarding the ongoing “People, Processes, Partnerships” initiative. This initiative proposes different  scenarios for reorganizing the Leacock building so it can be better equipped with the upcoming staffing changes brought along by budget cuts. “We can surmise that about 15 support staff that are 60 years of age and over will be offered voluntary retirement packages, and we expect approximately 30 percent, 5 of them, to accept,” explained Lane-Mercier. No replacement hires are planned.

To deal with this shortage, the Faculty of Arts is considering proposals to consolidate support staff into one area to help combine their workload. Both of the proposed scenarios being considered would see the third floor of Leacock transformed into a Student Services cluster, thus moving all of the administrative offices to the sixth floor. Many students present at council expressed concerns about these changes, but Lane-Mercier stressed that these proposals are all still hypothetical and that the process will be open and consultative over the next year and a half.

With Jewish Studies being moved into Leacock, the overflow of visiting lecturers, postdocs and graduate students could be moved into the McTavish Row of houses, despite concerns about their structural integrity. “We’re doing this under duress,” noted Lane-Mercier. “I have been lobbying University Services for years to do something about the McTavish Row houses, but I have not been on the party list; the University isn’t going to move.”

Arts Senator Max Zidel and Arts Councillor Colleen Morawetz later presented their work regarding changes in the AUS leadership structure in the hopes of improving relations with the Arts Administration. It would involve replacing the “less accountable” Executive positions, such as the VP events, with elected Faculty Liaisons that would deal directly with the Administration. The functions of the cut positions would be fulfilled by appointees of the AUS president, though the total number of elected officials would not change. This motion will be debated in council over the upcoming weeks, though nothing final has been decided.

Some of the candidates for SSMU Executive positions also attended council to make announcements and answer questions, though not all candidates took part. This mostly involved reiterating campaign statements and platforms, though an interesting discussion emerged when VP Internal Candidate Brian Farnan was asked to expand on his equity experience.

Upon accusation that the equity aspect of his platform seemed “tacked on,” Farnan expanded on his time shadowing current VP Internal Michael Szpejda following the recent scandal at the 4Floors Halloween party, where an attendee was let in wearing an inappropriate costume. “That was a hiccup – a place where the role of SSMU was not adequately fulfilled in a way directly linked to the internal portfolio,” Farnan stated.

He went on to describe how his experience shadowing Szpejda following 4Floors led him to grapple more seriously with issues of equity in SSMU events. “What about more subtle equity issues? If I wear a kimono to 4Floors, would everyone be comfortable with that. I’m an Irish citizen. Does that mean that if someone dresses up like a leprechaun that I should feel insulted?”

Next, the AUS’ ad hoc equity committee put their final version of an AUS equity policy up for vote. It passed almost unanimously, with only one “no vote” and no abstentions. The policy establishes an infrastructure for dealing with equity complaints within the AUS. “These processes don’t have to be used, but they are there, just in case,” explained AUS VP Internal Justin Fletcher. The first Arts equity officers will be selected by the end of the winter semester, though whether they will be around to help coordinate Arts Frosh remains to be seen.

The final presentation of the evening was by former AUS VP Events Josh Greenberg, and pertained to the proposed Orientation Innovation Fund, an initiative that would create a collaborative forum to plan and implement improvements in McGill’s Orientation week with the goal of making available activities more inclusive. Greenberg proposed putting the $17,000 surplus from this year’s Arts Frosh towards the fund as seed money.

“Students expect to see their Frosh registration money being reinvested in orientation events,” Greenberg explained. “There needs to be thought put into creating non-alcohol-centric environments.” While there were concerns voiced about using AUS funds for an initiative that does not solely benefit the AUS, the idea held traction and will be discussed further at next week’s council. Greenberg is convinced that this initiative is necessary: “I don’t think people will see just how important this is until it exists.”

On Tuesday, April 5th 2016, off-campus and commuter students gathered to talk about community, services, and accommodations that could make…