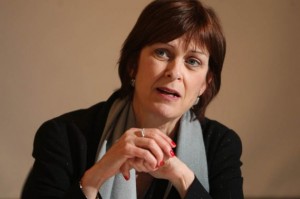 Principal and Vice-Chancellor Heather Munroe-Blum sat down with the Executive Editor of The Bull & Bear, the Editor-in-Chief of le Délit, and a News Editor from the Daily on Thursday for her final interview with the student press. After ten years as Principal, Munroe-Blum will be leaving McGill in June for a fellowship at the Center for Advanced Study in the Behavioral Sciences at Stanford University. Topics discussed included the PQ budget cuts, accessible education, student protests, and her thoughts on what her legacy will be.

Dan Novick: What do you think will be the impact of the PQ budget cuts on the university as a whole and on McGill’s quality of education?

Heather Munroe-Blum: We think that it’s a pretty tough circumstance that we’re facing. You’ll have read the various measures that we’re taking and our analysis of the impact of the cuts on the university. They amount to in effect about $43 million in base over the first two years. Our commitment is to do everything we can as we take those cuts to preserve academic quality, research and scholarships, and to the best of our ability the support to students and professors. That is the lens through which we’re looking at everything as we take cuts.

From the beginning of my time coming here, I said let’s not just talk about accessibility; let’s look at how we’re achieving it. I was the first person to point out that in spite of all our talk about accessibility, we weren’t graduating students across the Quebec university system anywhere near the level of other jurisdictions. The poor were not succeeding in the Quebec university system. In fact, in 2000, the Quebec government stopped measuring the socioeconomic status of students. There’s only one reason you stop measuring.

DN: The administration has taken a strong stance against these cuts, and in the emails that you’ve sent out you’ve mentioned that they will have a very negative effect on our university. What sort of lobbying efforts has the administration undertaken with the PQ to try to prevent or at least mitigate the impact of these cuts?

HMB: I hope you’ve noticed that it’s been pretty a pretty strong and persistent presence with the government in showing that in our view that this is not the right thing. I do think that given the economic and fiscal challenges in Quebec that it’s very important that the government cut spending, but to do it on the backs of universities or education in my view is not the way to do it, and to do it without any notice or any ability to plan for it is not the way to do it. So we will continue to make representation on that.

But meanwhile, we do not want to hold our university hostage to those decisions and the only way not to be [held] hostage to those decisions is to actually do what we’re doing. The good news is that we have a multi-year budget plan. We have a well developed and comprehensive academic and research plan for the university. We have a good statement of our priorities. We’ve had two task forces that feed into the roll of students and a lot of activity around that. There are some things we can’t do, but there are things we know that we want to protect.

DN: Have you met with Pauline Marois personally to discuss the cuts with her?

HMB: Yes, and I will again. They have an agenda. The other part of it is that we work with the government of the day. We are a public institution and are funded from both the federal government and the provincial government. We are very successful on federal research support and graduate student support, but we want to find a way of having an effective collaboration and will continue to work at it. You don’t come out slamming every day when you’re trying to form a constructive collaboration. My view as a scholar and a policy maker is that we also have to be candid about the facts and not pretend that something is good news when it’s bad news and be responsible to the university.

DN: In the past year and a half we’ve seen a group of students on campus that tend to be more vocal than others and make their voices heard in ways that may not be thought of as conventional. Do you see some student activities as a threat to McGill’s reputation and if so, why?

HMB: I don’t. I think we have democracy in full bloom on the McGill campus and we have throughout this period. I was a teenager in the 60s, and certainly over my professional and academic life have seen changes on these issues. I think it’s great that we have an outspoken community. I think it’s great that we debate the issues that are being debated, and I think it’s actually excellent as well that students are coming out who might not normally come out to express themselves when they feel that a vocal minority voice isn’t representing theirs to let their voice be known as well.

DN: That said, in the first draft of the protest protocols, there were a lot of forms of political expression that were thought to be disruptive to university activities. It noted that a protest was no longer peaceful if it was disruptive to university activities or took place in an administrative building. To that end, what sort of view do you think the administrative takes in terms of the balance between freedom of expression and making sure that the university continues to run properly?

HMB: You have to understand that drafts are developmental documents. We had extensive consultation over the last 14 months on this whole thing. I think that was very healthy. Academic freedom is clearly a primary platform of the purpose of a university, but also the wellbeing of a university, and so are safety and security for the people who are on the campus. And what we saw through that period of September through February of ’11 to ‘12 was a lot of insecurity and a lot of people who thought that their sense of wellbeing was threatened and we had a very vocal statement of the importance of freedom of expression and freedom to protest.

I’m proud that we’ve had more demonstrations in the last 24 months of all kinds, including during the development of the protocol. So, I feel [that] freedom is alive and well at McGill. I feel that the moves to support the sense of safety and wellbeing and the right for people, both students and professors, to do here what they came here to do, is also being supported. So I think that we’ve come out in a pretty good place through a process that was highly consultative.

You raised the question of reputation. I think that our reputation is powerfully strong. I think that there was a minimal drop in our reputational ranking along with UBC’s, but we’re still amongst the highest in the country and the world. I think what happened in Montreal last spring had an impact on our applicants from Toronto and the US in particular, where there is a great sensitivity to security challenges in the public place, but that wasn’t McGill per se. Our applications are robust and our acceptances are as high as they’ve ever been.

DN: What do you think was your greatest accomplishment and failure during your ten years at McGill?

HMB: I know that’s a question that you should ask, but it’s a very tough one to answer personally. I have felt honoured by the opportunity to serve McGill. I grew up seeing McGill as the great university of Canada and an important international public university. It’s been an honour to serve and I’ve felt very privileged at the quality of our students and the colleagues that I’ve worked with. So whatever good comes out of this decade will have been a team effort and I think that we won’t know exactly what that is until 5, 10, 15 years down the road.

You hope that when you step down from a position like this that the place is better than it was when you came. Think of it as a relay race; you get something that you inherit from those that came before you and you treat it with great respect, and you try to leave a better place for those that come after you. There are always things that I wish I could’ve done more of, but it’s a great place. It’s a great university.