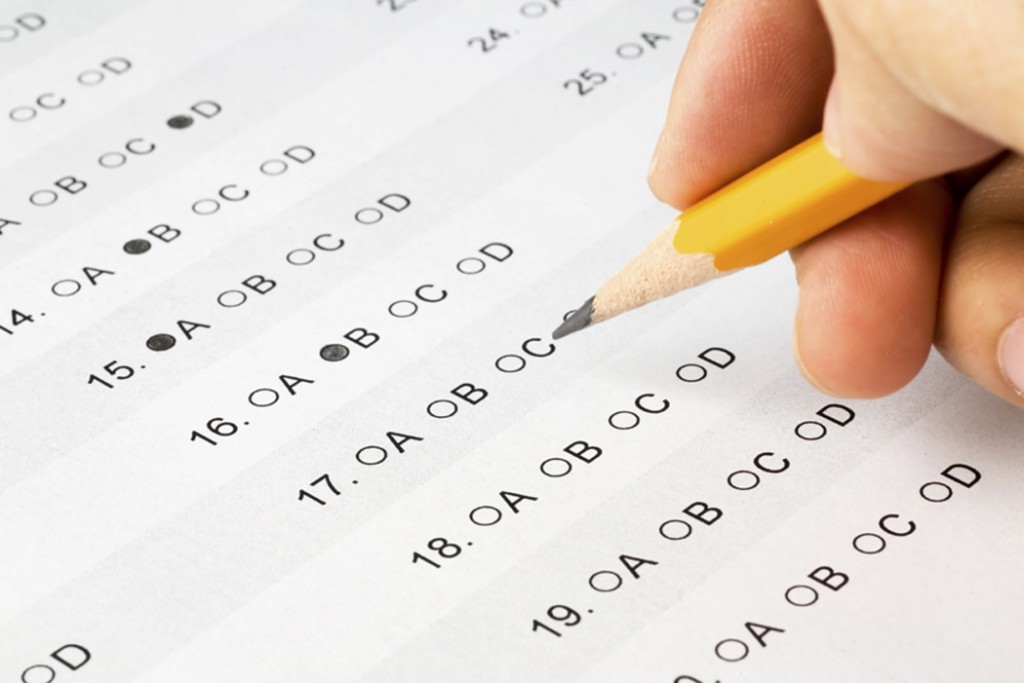 Midterms are here again, and, even though it feels to many of us that the year has just begun, it’s time to think or thwim, and we here at The Bull & Bear are going to help you do that! No, not by passing you the answers (although number thirty-seven is absolutely “B”), but by presenting and debunking five widely-proliferated misconceptions about sitting exams that may hurt your performance. Naturally, these all come with the complete Bull & Bear 100% Guarantee, stating that you get an A+ or we will personally mock you for trusting us. With five common myths to explode, and your bio midterm starting in like forty-five minutes (seriously, put down the magazine and study or something), we’d better get started.

1.Cramming can help you
We’ll begin with the single most debunked yet, oddly enough, most popularly-believed exam myth. Students who wantonly skip lectures and get by regular assignments by dint of answer-sharing and DropBox are more likely than not to “prepare” for important tests by cramming: speed-reading everything they should have read; re-reading things they ”should have paid more attention to the first time around; and highlighting textbooks, class notes, and flashcards like they’re a government censor with a thing for neons.

Educators and institutions have long spoken out against cramming because it is, by definition, a method of briefly stuffing knowledge into your head while sacrificing long-term retention. As such, don’t think for a second you won’t forget all that information the minute you leave that examination room, only to repeat the entire process all over again come finals. A paper out of UCLA by professors Andrew J. Fuligni and Virginia W. Huynh reveals that, while cramming may grant temporary knowledge, any benefit is in fact far outweighed by stress and lack of sleep leading to decreased mental abilities, reflexes, memory retention, and ultimately academic standing. That being said, if you seemingly find yourself with no choice but to cram, you may well be better off just getting a good night’s sleep before the test, instead of staying up all night studying at the last minute. Of course, it should never come to that at all.

2. The Answer Is Always “C” (and Other Pattern-Related Myths)
Almost all multiple-choice exam answers are scrambled randomly by machine, even if initial choices are arranged by the instructors. While it’s true that meaningful patterns can emerge from the combination of lettered answers on the page, these are almost invariably products of apophenia, the human brain’s incredible, evolved ability to find meaningful patterns everywhere, even where no such information exists. This isn’t to say that the patterns themselves aren’t there, but simply that, given enough junk information, someone somewhere will find almost anything (in fact, literally everything) in strings of random data.

(N.B. There are exceptions to every rule, but in this case that generally means malicious jokester instructors interfering with your exam. Case in point: my high school history teacher once administered a test in which every answer was, in fact, “D.” Incidentally, that was also the top grade afterward.)

3. Go with Your First Guess
Literally dozens of different studies have debunked this piece of garbage, but one, published in the Journal of Personality and Social Psychology, offers a great reason as to why this old wives’ tale  persists to this day. According to Dr. Joseph Kruger, one of the authors of the paper, it sticks in the mind much more to have incorrectly changed what later turned out to be right, than to have correctly made a revision. However, as common sense should tell us, if you later realize your answer is probably wrong, or suddenly notice a better answer, just change it. As surprising as this may sound, it’s wiser to rely on your better judgment than to leave a doubtful answer just because you blindly trust the “you” of a few minutes ago over the “you” of right now.

4. Cheating Works
This is not to say that cheating is commonly-given advice, but rather that those who do are generally under the impression that it is effective. In fact, it isn’t. The reason it isn’t is that what you are essentially doing is eschewing your own best guess for the best guess of a random stranger. There is no reason to believe that this person is any more knowledgeable than you are, though, if you’re resorting to cheating, you probably aren’t that clever to begin with. Even if that were to be the case, more people lose marks from not realizing they are copying from a different version of the same test than they ever gain through these dirty means.

Furthermore, if you glance at an acquaintance’s answer sheet under the self-delusion of only getting a “second opinion” for rational comparison, you’re dead wrong. Though it may feel as if you’re weighing your own opinion against the other and reasonably deciding which to choose, our brains find it extremely difficult to wilfully reject another’s apparently steadfast belief, to the point of doubting our initial confidence. In a series of studies known as the Asch Conformity Experiments, people shown a series of straight lines of varying lengths found it almost impossible to arrive at the obvious answer to a simple question (in this case, which line is longest) when others gave different answers. With nothing at stake and no reason to believe the others’ judgments were any better than their own, just the very knowledge of a differing view made them unable to arrive at what should have been an easy answer had they been left to work it out for themselves. A staggering 75% ultimately gave the wrong answer when they would otherwise have been correct.

5. Dress Comfortably
While it’s true that a T-shirt and sweatpants are unlikely to actively harm your performance in the same way a corset or starched collar might be problematic, there does exist a strong correlation between how you look and how you think. In a Northwestern University study entitled “Enclothed Cognition,” it was found that students wearing lab coats – associated with intelligence and brainy professions – perform significantly better at mental challenges than ones in civvies, all other circumstances held constant. In other words, how professionally you dress directly influences how confident you are and even how intelligent your decisions are. Essentially it’s the old chestnut reworked for academic life: instead of dressing for the job you want, dress for the grade you want. If you dress sharper, just maybe you’ll be sharper.

The Desautels Faculty of Management will be taking over the McGill Bookstore building, with a projected move-in period of Winter…